The robots of Newton 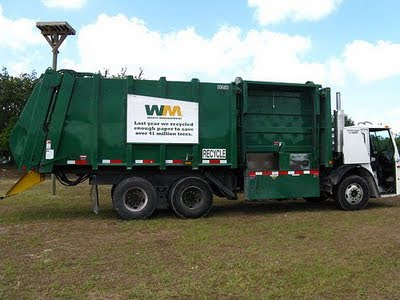 My letter to the local newspaper about robots. Specifically, the new robotic arm-equipped garbage trucks that will start collecting trash from our neighborhood next week:

In the article about the new trash and recycling system that relies on robot arms to pick up and dump the barrels’ contents into trucks, you were told by the city’s spokesman that contractors currently cannot collect trash in the new blue and green barrels “because they would be too heavy to lift by hand.”

If people who do this for a living have trouble lifting the barrels, what about ordinary people? Are residents going to get robots to help manhandle the barrels up and down stairs, through the snow and onto the curb?

This automated trash pickup system was not well thought out, as evidenced by this situation, and the fact that it wasn’t put out to bid (aldermen approved Mayor Cohen’s plan, 23-1, last April). I hope the new mayor, aldermen and city officials can deal with “upgrades” like this with more realistic planning, including assessing a range of use-case scenarios of how city residents will be affected, including senior citizens, people without garages, apartment and condo dwellers, etc.

For some reason, the Newton Tab didn't print it, but did publish the letter online, along with another letter on the same topic that did not make it into the print version.

When the trucks finally did come to Newton, here's what they looked like in action: