The Crimson reports the Harvard Extension School is finally participating in something that I've been urging for years: Freely available, not-for-credit video lectures featuring real Harvard faculty, including Harry Lewis, Peter Bol, and Gregory Nagy. The courses are part of the Open Learning Initiative. The same Crimson article also reports on one faculty member's approach to developing for-credit online courses. I think the faculty member, Paul Bamberg, is taking the right approach to experimentation with online video. But it also puts the Extension School's degree credit policies in a questionable light (more on that further down the page).

What is the Harvard Open Learning Initiative?

First, the Open Learning Initiative. Many schools have started similar efforts, including Carnegie-Mellon. The idea is to provide video lectures for free to members of the public, for the sake of sharing knowledge and providing educational materials. It's a super idea that MIT spearheaded a decade ago with OpenCourseWare, and also reminds me of Khan Academy (see my blog post "MBA Math Review" for more about this). The Extension School's offerings are currently limited to the following classes: 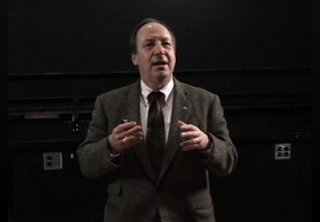 ENGL E-129 Shakespeare After All: The Later Plays

(An aside: The Extension School OLI page mentions "The course ENVR E-117 Organizational Change Management for Sustainability was removed at the request of the instructor." No reason is given)

According to the Crimson article, Professor Bamberg is also setting up a new distance education course, Math 23b, which will launch next month. Unlike the OLI classes, Math 23b is for credit. Prof. Bamberg and some Harvard College students seem to be fully aware of the potential limitations of such a class, as Crimson reporter Vipul Shekhawat described:


In the spring, Bamberg hopes to have an Extension School Math 23b section that meets solely through video conference. Students would present proofs in video format and would not need to come to class at all. This system could allow students from around the world to enroll in Math 23 under the Harvard Extension School.

But the class itself depends on collaboration through student study groups, cooperation on problem sets, and “proof parties” accompanied by food and drink. Could this all be replicated online?

“You can’t really have an online proof party, and you especially can’t do it with refreshments,” says Bamberg. Even lecture videos might be insufficient, according to Bamberg, since the general view among faculty is that a video is no substitute for a live lecture. Students seem to agree. “I think you’re more engaged in person,” says Kyle S. Solan ’14, a student in Computer Science 50, which has video lectures. “It’s more immersive than sitting there watching the lecture on your computer.”

Regardless of the difficulties they may face, Bamberg and the Extension School will begin testing the distance-learning delivery of Math 23b in January. “You never really know what’s going to happen,” says Bamberg. “But it’s worth giving a try.”

This prompted me to write the following comment at the end of the article:


The math class is an encouraging experiment. However, I am afraid that many of the Extension School's other online offerings do not offer the promise of true collaboration with instructors and other students. Email and infrequently used discussion boards are not a substitute for live discussion, something which Prof. Bamberg and other faculty seem to acknowledge ("the general view among faculty is that a video is no substitute for a live lecture").

I applaud the Extension School for its efforts to experiment with online education through the math class and OLI, but Harvard needs to reconsider how far it wants to take for-credit distance learning through the clumsy and limiting technologies that are the norm today. Does a Harvard education now mean watching lectures on a computer screen, without being able to raise your hand, engage in a spontaneous debate with other students or faculty? I don't think so, yet, the Extension School lets students take large chunks of their degree requirements using online education credit (between 50% to 90% of course credit for most degrees).

Credit policies and online education at the Extension School need to be revisited, and not just by supporters in the DCE administration -- how about an open, frank discussion about distance education at Harvard that involves FAS and Mass Hall?

Someone who responded to that comment noted that some classes do use a live discussion tool for distance education sections. I in turn responded with this:


My comment about a lack of spontaneous debate specifically referred to the lectures, which consist of prerecorded video, according to the Extension School website. The reliance on prerecorded video also favors lecture-style classes, as opposed to smaller seminar-style classes with live discussion.

The Extension School website also says "Much of the communication between teaching staff and students takes place via e-mail and the course website, for local as well as distance students." As a former local student, I found this comment quite interesting, as very little communication between students and faculty in my classes took place via email or class discussion boards, when such options were provided. It's not hard to see why -- talking is much easier and faster than typing, and email and discussion boards will exclude people who aren't cc'ed on the message, not checking the website message threads, or deliberately not responding to messages because they are too busy or would rather not talk. I know distance students have the same frustrations with asynchronous communication technologies -- the Extension School website even features the comments of a distance education student named Dan Hilferty, who says "I still wrestle with how to create more interaction between students in the class."

I think the Illuminate software for section discussions and other experiments taking place at the Extension School (such as Professor Bamberg's Math 23 class) are a step in the right direction, and I think it's great that you and other distance students get so much from the classes and work so hard to do it (there was actually a Crimson article four or five years ago that quoted Bamberg revealing that a few of his distance students from the Extension School actually got the highest grades, beating out the in-class Harvard College counterparts). There is definitely a place for distance education at the Extension School. But what I strongly disagree with is having prerecorded lectures of top faculty become the wholesale replacement for live classes for degree candidates. It's a fundamentally different experience that offers addictive convenience, but falls short in terms of offering students a chance to spontaneously interact with faculty and other students. FAS and the University administration need to re-evaluate credit policies for online learning based on asynchronous technologies, and closely consider what a "Harvard education" means.

Some additional context: I've been a critic of the Extension School's online education credit policies for some time, and earlier this year had an opportunity to take a for-credit math class through the University of California, Berkeley, Extension School (see my blog post about this, "My online math class: Convenience gets an "A", but at what cost?"). The convenience was great, but many of my worst suspicions about online education using asynchronous communications were confirmed.

Research and other sources: CMU OLI website, Extension School OLI website, Harry Lewis OLI video, The Crimson, my past articles on this blog and Harvard Extended.
Posted by I Lamont at 12/20/2010 11:02:00 AM