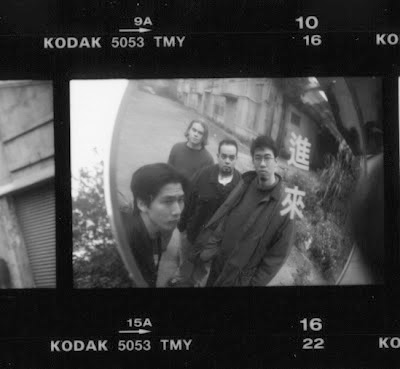 Tweet
When I lived in Taiwan in the 1990s, I was in a hard rock band called Feiwu. The Chinese name was 廢物樂隊, meaning "good for nothings" or, as Google Translate says, "waste orchestra". 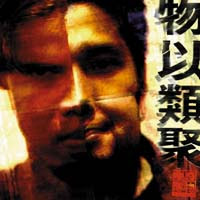 The songs we wrote were original. Some were English, some were Mandarin. We recorded two CDs, and were signed to a local music label. We played all over the island, at clubs, festivals, universities, on the streets and under highway overpasses. One of the songs, "我愛台灣啤酒" ("I love Taiwan Beer") was a minor underground hit, and is still covered by local bands today.

One of the best things about Feiwu, besides writing and performing music with a group of close friends, was becoming a part of the local indie music scene. It was small when we started, but very dedicated. There were about three or four dozen bands around the island writing and recording their own music, a few practice spaces and recording studios in the main cities, clubs where we could perform, and the Spring Scream music festival (春天吶喊) which we played in 1998, 1999 and 2000 (see the inset picture below). There was a very strong DIY spirit throughout the small scene, and a feeling that people who loved music could make special music on their own terms.

Andrew and the Spring Scream crowd, 2000:

Importantly, there were a core of enthusiastic scenesters and casual fans who loved to see original bands perform. Once in 1998 I saw an outdoor show on the grounds of an abandoned brewery in the center of Taipei. It was pouring rain, yet there were hundreds of people right up front with huge smiles on their faces, soaking in the experience.

I left Taiwan in 1999, but Feiwu continued on until 2001. We had a brief reunion in 2003 when Steve came to Boston to study English, but we haven't played since then.

But ten years is a long time. Too long, for us. For the past few months, the band and some long-time supporters have been working on a reunion show in Taipei in 2013. It's not a done deal, but we really want to make it happen.

Update: If you're interested in learning more about the band, check out our Facebook page or the interview we did with GigGuide. We also have two Feiwu albums for sale on Amazon.


The local indie music scene, which was just emerging in the late 1990s, is now very strong (with thousands of bands, according to our old friend Freddy from Chthonic, interviewed in part 1 of the Garageland video series). Here's part 3 from the same series, featuring some more old-school scenesters, including LTK: