Bloomberg has a story about Fender guitars that contained an interesting statistic: 90% of people who pick up a guitar abandon it within a year. The article suggests that people don't have the stamina to stick with it, even pointing out that "Steel strings hurt delicate hands."

I think there's something else going on. I heard an interesting theory from a friend in the music business, who said that high-quality PC and console videogames caused a seismic shift beginning in the 1990s, as teens gravitated to an immersive, often collaborative indoor activity.

If gaming (or apps, social media, whatever) are drawing away a large population of teens, not only are fewer people picking up a guitar or drumsticks but the number of available local bandmates declines, further weakening the allure of playing music. It makes a big difference if you have friends who also play. If your peers aren't doing it, music is more likely to be a solo activity which is not as much fun.

Another factor: from the 1950s to the early 2000s pop music heroes more often than not could also play guitar. I grew up in the 80s, and learned to play bass starting at age 16 by intently listening to cassettes of The Beatles, Who, Led Zep, U2, REM and the Sex Pistols so I could play with my friends and explore a new dimension of the music I loved. 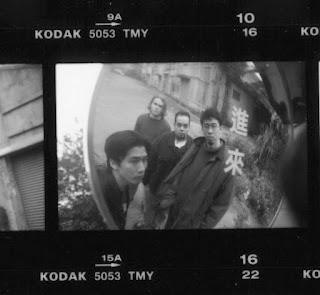 My tween & teen kids have almost no interest in guitar-based pop music, although my daughter's middle school music curriculum included a segment on "90s music" which later prompted her to ask me, "Dad, did you know there was a song about a sweater unraveling?" (man, that made me feel old). They do listen to modern-day pop music, though, and sometimes to pop from previous decades that is not guitar-centric (Michael Jackson, etc.)

On the other hand, the apps and other tools that are now available to everyone--not to mention the ability to connect with like-minded people--can spark different types of musical creativity, collaboration, and insights. I did a double take a few months ago while listening to a radio interview with Philip Glass and my son casually remarked that one of his pieces from the late 1960s "sounds like 'My Singing Monsters'." I hope my kids do get interested in creating music and find an opportunity to collaborate, but I accept that it may not involve rock music.
Posted by I Lamont at 11/22/2016 08:31:00 AM