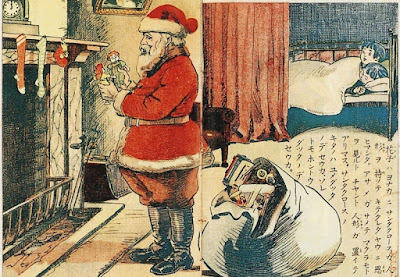 Nearly everyone has a favorite holiday tradition. Small children gravitate toward opening presents. Some people love shopping for presents, or wrapping them in a very creative way. For our daughter, it is decorating the tree. Our son still likes to leave out cookies for Santa, even though he is a teenager!

For several Jewish families on our street, it's lighting the menorah. For some Catholic neighbors, it's attending midnight Mass.

Music is popular, from religious songs to modern seasonal hits. Performances of The Nutcracker are frequently sold out in Boston. One of Nicole's colleagues has attended the Boston Pops annual holiday concert every year since 1987!

One of my favorite traditions is watching a film version of A Christmas Carol. There are more than a dozen movies dating back to the early 1900s, ranging from by-the-book renditions to musicals to modern adaptations. I prefer the 1951 black and white film starring Alastair Sim: 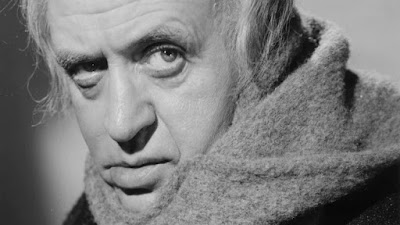 This week, I read Dickens' original novella, A Christmas Carol. In Prose. Being a Ghost Story of Christmas. I expected it to be dated in language and plot, but that was not the case. Indeed, it was a gripping story that brings together horror, drama, and even a touch of humor - I couldn't stop reading! You can read it online here. Take a look at the vivid description of Ebenezer Scrooge on the opening page:

Oh! But he was a tight-fisted hand at the grindstone, Scrooge! A squeezing, wrenching, grasping, scraping, clutching, covetous, old sinner! Hard and sharp as flint, from which no steel had ever struck out generous fire; secret, and self-contained, and solitary as an oyster. The cold within him froze his old features, nipped his pointed nose, shrivelled his cheek, stiffened his gait; made his eyes red, his thin lips blue; and spoke out shrewdly in his grating voice. A frosty rime was on his head, and on his eyebrows, and his wiry chin. He carried his own low temperature always about with him; he iced his office in the dog-days; and didn’t thaw it one degree at Christmas.

Then we come to Scrooge and Marley, Ebenezer's place of business and the single-minded focus of his life - making as much money as possible, no matter the cost to the people around him:

The door of Scrooge’s counting-house was open that he might keep his eye upon his clerk, who in a dismal little cell beyond, a sort of tank, was copying letters. Scrooge had a very small fire, but the clerk’s fire was so very much smaller that it looked like one coal. But he couldn’t replenish it, for Scrooge kept the coal-box in his own room; and so surely as the clerk came in with the shovel, the master predicted that it would be necessary for them to part. Wherefore the clerk put on his white comforter, and tried to warm himself at the candle; in which effort, not being a man of a strong imagination, he failed.

No wonder "Scrooge" is now a noun for miserly tightwad! I won't spoil the ending, but A Christmas Carol is a story of redemption and finding humanity even in the most unlikely of characters.

Dickens' story was a hit the moment it was released in England in December 1843, nearly 180 years ago. It would have been a story treasured by generations of our English-speaking forebears, first in book form, then on the stage, and later in film.

Whatever holiday tradition you observe, enjoy the time to celebrate traditions and connect with family and friends.