Super 88 in Allston/Brighton: One Chinese supermarket fails, another rises in its place


(Photos at bottom of post) I returned to the Boston area ten years ago after living overseas for most of the 1990s. One thing that immediately struck me was the demographic changes wrought by the influx of immigrants from countries that had been closed off for many decades, or had never sent many people in the first place. They included Brazilians in Framingham, Russians in Brookline and Newton, and mainland Chinese immigrants moving to towns and cities inside and outside Route 128.

I was most interested in the mainland Chinese, not only because I could communicate with them, but also because many settled outside of the areas that earlier groups from Hong Kong, Guangdong, and Taiwan, as well as overseas Chinese from Vietnam, had established along the Chinatown/Quincy axis. The new wave from Mandarin-speaking areas of mainland China included businesspeople, laborers and restaurant workers, and a massive number of highly educated people who had either come to the Boston area for graduate school or had settled here to work in the computer industry and IT, hospitals, and biotech companies. Many bought houses or rented in the western suburbs. There were many reasons for doing so, including easier commutes and good public schools. But there was another reason, too: Ethnic Chinese communities had reached a critical mass in several areas (including Newton) and new arrivals were drawn by the presence of other Chinese people, businesses and services.

However, some of the businesses and services took a few years to catch up. While food is a central aspect of Chinese culture, I noticed that the spread of Chinese supermarkets to areas where the new immigrants had settled was slower. In 1999 and 2000, buying Chinese cooking ingredients involved a trip to Chinatown or one of the smaller Korean markets in Newton or Cambridge. But from 2002-2004, a number of medium-sized Chinese markets opened up west of Boston, including one in Newton Corner and another off Route 60 in Waltham. However, the biggest splash came when Super 88 (a supermarket chain that we had known from its cramped location in the South End) opened up in Allston where Brighton Ave. meets Comm Ave., right on the Green Line and Boston University's western edge. It was very large and had a great Asian food court and two parking lots.

It was an instant hit. We visited there a week or two after it opened and saw families literally running to the store from the nearest T stop. Local students loved the food court. We started going there once every few months, to stock up on certain ingredients that were hard to find elsewhere -- Taiwan rice wine, shuijiao, special vegetables, etc.

But then something strange happened with Super 88. Around 2007 or early 2008 we noticed shortages of certain items in the Allston store. By late 2008 the shelves had a very limited selection, and there were few other customers in the store. This was a problem for us, because by that time the other Chinese supermarket we frequented in Waltham had gone out of business and we hated dealing with parking in Chinatown. I checked on the Allston Super 88 in August of this year when I visited the Asian food court (which was thankfully still thriving) but was shocked to see the grocery store's cash registers had been pushed back 30 feet and the shelves were nearly bare.

Obviously the business was having problems, and the Boston Globe had some articles which hinted at what was happening: Trouble over wages, creditors who said they weren't paid, and the owners filing for bankruptcy.

But we visited Super 88 this weekend after having lunch at the excellent Japanese ramen place adjacent to the food court, and were surprised to see fully stocked shelves, Cantopop playing in the aisles, and items like fuzzy squash, frozen duck (head on), and Cow brand body soap for sale (see pictures below) -- proof that a new chain, the Hong Kong Supermarket, was indeed taking over. The staff are still wearing Super 88 uniforms, but the bags say Hong Kong Supermarket and I expect that the big sign outside will change over soon, too.

Pictures from today's trip to the market: 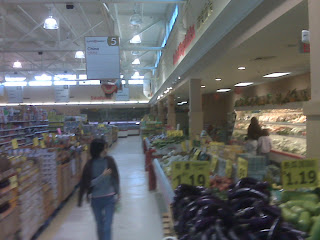 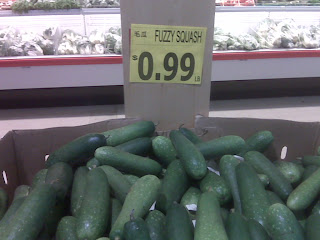 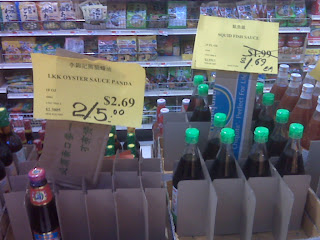 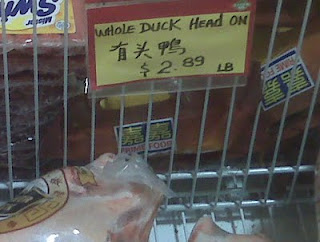 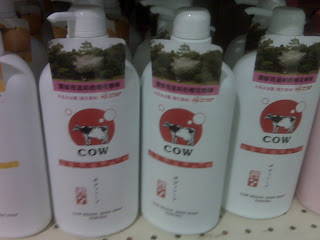 
Other posts by Ian Lamont: