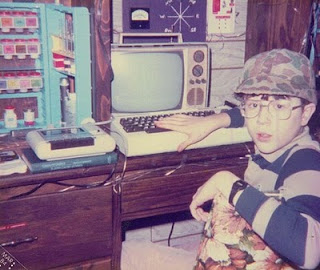 I've been a fan of alternate reality/counterfactual scenarios for a long time (see "What if Rome had never fallen?") but I wanted to have fun with a lighter theme: Imagine if Twitter had existed in 1984. What would we be tweeting about?

A few friends have responded, and @kdawson came up with a hashtag -- #twitter1984 -- which I have embedded in a widget, displayed below. If you want to join the meme, close your eyes and try to remember some of the big issues, pop culture trends, and things you liked to do at the time. Don't forget to add the #twitter1984 hashtag, which not only lets you share it with other like-minded folks, but also lets your friends and followers know that you haven't completely lost your mind.