Steve Jobs: Sorry kids, no Webkinz or Curious George games on the iPad for you!

My kids like Webkinz World, Ganz's kids-oriented virtual world that is based on the purchase of real-world stuffed toys. During a visit to my parents this morning, they said they wanted to play it on their older model Mac mini, and I was concerned it might not work (Webkinz technical problems have been problematic for us in the past).

But then it occurred to me: If it were an iPad, there would be no hope of Webkinz working at all. It requires Flash, which Steve Jobs does not want to see on his mobile devices, including the iPad, iPhone, and iPod touch.

That's excluding a lot of people. One estimate that I found a few months back puts the number of Webkinz users in the millions. And that made me wonder: What about all of the other kids-oriented sites that are out there? Is the iPad excluding these audiences as well? 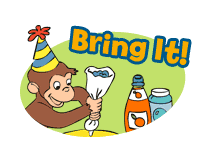 I did a quick check on the Web. Club Penguin: Requires Flash Player 9. Games on Nick.com require Flash, too. I put the question out to Twitter about any other cases. @Atul asked about PBSkids.org. I checked. Sure enough, Curious George and many other games indeed require Flash to play.

The irony of Steve Jobs' anti-Flash mantra is that kids really do love the Apple's touch-enabled features. My kids love Cro-Mag, Bounce On, and Paper Toss on my iPod touch. I read with much interest this account from an EMC CTO, who describes his teenagers practically abandoning laptops and desktops for the iPad. Some kids-oriented brands (such as the SpongeBob franchise, which has Flash-only games on Nick.com) have branched out to the iPhone/iTouch /iPad platform with dedicated apps.

Is there any hope for Webkinz ever making it to the iPad? While the Apple-approved iPad app Cloud Browse allows a workaround, it is an imperfect and potentially risky solution.

It's pretty clear that Jobs wants all rich Web applications to retool themselves to a new world order, in which sites conform to official Web standards or conform to the App Store standards dictated by Apple Inc. For companies like Ganz that have invested years in building up a complex suite of Flash-based games that play on most desktop PCs, neither option may be possible (does HTML 5 even support the sort of artwork and UIs that Ganz has for Webkinz?), or palatable, owing to the raw costs and rearchitecting that would be required. That's unfortunate for everyone involved -- Jobs, Ganz, and an audience of mostly young kids numbering in the tens of millions.

Or is it? This is exactly the sort of situation that could lead to an opportunity for a tablet maker or software partner that recognizes a compelling niche opportunity in an area which Apple doesn't want to play.
Posted by I Lamont at 5/19/2010 02:43:00 PM