Yesterday I was notified, via text message, that I had reached an important milestone in my second stab at an entrepreneurial venture: I received $145 in revenue, my first substantial payment (all things being relative) for my experimental ebook-based startup. Here's the screenshot: 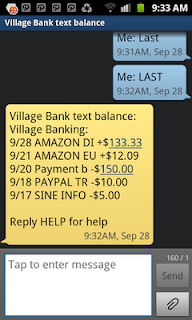 The payments from Amazon are for the July sales of my first ebook, an unofficial manual to Dropbox, in both the United States and Europe (including the UK). It represents the sale of more than 20 copies between July 9 and July 31.

Is this a lot? No. But it's real revenue from the sale of real product to consumers. And it occurred in the first month the venture was in operation (I started writing in mid-June).

Does $145 cover my costs for the month? No. I had to make a $250 payment to Bowker for 10 ISBNs in July, and, as the screenshot shows, I had expenses in September. There were about $125 in expenses in August as well. However, sales in August were so good that they more than covered costs for all three months. This means the venture was profitable on paper within two months.

However, I won't see the August earnings for another month. Amazon, Barnes & Noble, iTunes, and all other distribution platforms I deal with pay 60 days after the close of the month in which revenue was booked.

Nevertheless, I'm on the right track with revenue. I'm on the right track with product, too -- besides the Dropbox book, I have also published Google Drive And Docs In 30 Minutes, as well as a mini-manual to the Google Documents Word Processor. I'm now trying to figure out how to scale the business beyond just my own output, and make a real business and brand.
Posted by I Lamont at 9/30/2012 12:01:00 AM