For one year, from not long after I graduated from MIT to the middle of this summer, my life revolved around a mobile software company. It was my first true startup.

My co-founder and I put a lot of effort into this venture, and made a lot of sacrifices. We did not have any other sources of income (except for those from our spouses), and put in very long hours. We gave up opportunities in the corporate world, or at established startups.

My family suffered as a result. There were no ski weekends, bouncy castle birthday parties, or other things that many people take for granted. Our car was (and still is) a used 1999 minivan with a missing hubcap and no air conditioning. The big family vacation during this period? A trip to New York ... in February. We took one of the discount bus lines, and stayed at a hotel in Brooklyn to save money. 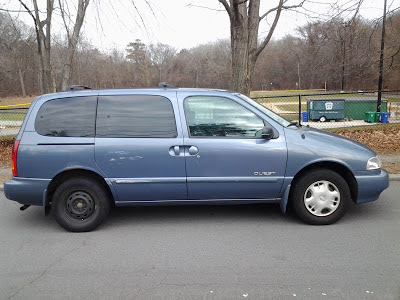 Life was hard, but the startup did experience some successes. After a long period of product development, the app hit the marketplace in April. It was downloaded by thousands of people, and had extremely high engagement levels. Median session lengths were nearly two-and-a-half minutes long, and retention rates were approximately 20% after two months. According to the Flurry benchmarks we used, these levels were 2x-3x that of other apps.

But in the end, this did not matter. High engagement level does not equal a successful business. The company never booked any revenue. The app was removed from Apple's App Store at the beginning of October, and the website went dark shortly thereafter. I shut off Quickbooks, made sure all of our professional services were paid off, and told the bank we were shutting down. The remaining funds were returned to our investor. In a few weeks the corporation will be formally dissolved.

In other words, the company failed.

Yet this failure has been one of the biggest learning experiences of my life.

My second venture, an as-yet-unnamed digital content company, was started before the first one ended. I pledged that I would do things much differently for startup #2. First, there would be no months-long period of business planning and startup theater. My top goals were getting product out the door and generating revenue within a month of launch. I not only was able to do this, I actually booked a small profit in the second month of operations.

Another difference between startup #1 and startup #2: In the first venture, we talked Lean. We didn't do Lean, except for a few brief periods late last year and the beginning of this year. On those rare occasions that we did build feedback cycles and rapid iteration into our product development process, we saw results. It allowed us to see the problems and features that mattered most, and enabled us to concentrate our efforts on improving them.

For venture #2, I vowed that Lean methods would be applied to product, marketing, and channel development from the very beginning. I started with a testable hypothesis: People don't want to spend a lot of time learning or reading about mildly complex software tools, but are willing to pay a premium for quality "how-to" ebooks that teach them how to use these tools in a short period of time.

How do you go Lean with digital content? You don't overanalyze or plan things for months. That is the way established media companies operate. Instead, the priorities need to be:

For my first ebook, Dropbox In 30 Minutes, I started writing in June, and released it on Amazon in early July. This allowed me to quickly validate the hypothesis. There was demand for this type of digital content.

The Lean processes continued, with fast iteration on many fronts. I re-released Dropbox In 30 Minutes with a new cover in August and measured the sales impact. I launched it on iTunes and Kobo by the end of September, and started promoting it with videos. I released a paperback version in October.

All the while, I closely watched sales and tracked ranking in Amazon and other marketplaces. I incorporated what works (and what doesn't) into the ways that I approach other product launches.

There have been more product releases, including a Google Docs for Dummies-style book and Excel In 30 Minutes last week. Sales on all three titles have reached well over 100 units per month, and I will shortly begin work on book #4.

Are things going well enough to hire staff? Rent an office? Ditch the 1999 minivan? Take my kids to Disneyland? Spend the weekend not working?

But after three months, I know that I got off to the right start. Further, I feel that I am on the right track to grow this venture, although the big question for me is whether or not it can truly scale.

And, while it may seem strange to many people, the learning experiences that enabled me to reach this state in such a short period of time did not come from attending business school, or doing well at MIT.

They came from failing.

Email ThisBlogThis!Share to TwitterShare to FacebookShare to Pinterest
Labels: Startups