Ever since subscribing to Netflix nearly 10 years ago, I've been addicted to music documentaries. The stories of bands are the stories of artists creating great music while dealing with the pressures of family, bandmates, and business associates. Last night, I watched Supermensch: The Legend of Shep Gordon. I've also caught great documentaries about Pulp, Pink Floyd, Harry Nilsson, Ginger Baker, The 13th Floor Elevators, Levon Helm, and many others.

Not long ago, I watched Filmage on Amazon Prime. Filmage tells the story of Bill Stevenson, who is like the Buddy Rich of punk rock. Before I saw the film, I knew his performances on Descendents and Black Flag albums (including one of my favorite albums of all time, My War). But I knew nothing of his story, including his teen years working as a fisherman or the fact that he was the leader of Descendents and All (unusual for a drummer!).

There was another interesting tale about Stevenson. About 5 years ago his health deteriorated, his weight went up to ~400 lbs and he seemed out of it, according to his friends and bandmates. One friend interviewed for the film feared he might die of a heart attack on stage.

One day, a neighbor near his home in Colorado saw his dog wandering loose and checked on him, determined something was not right, and called 911. He was rushed to the hospital where staff determined there was something seriously wrong.

This quote is from Mark Neagle, MD, a pulmonologist (and coincidentally a huge Black Flag fan) who was interviewed for Filmage:


“I got a call from the ER doc who said he had a patient who was in pretty bad shape, pretty large pulmonary embolism, which is a blood clot. It travelled up to his lungs, got stuck in his lungs. This was a clot probably a foot and a half long. I actually recall at the time showing someone the CT scan, and they were like, ‘oh, did you get the autopsy?’ and I said, ‘he’s still alive!’”

“... It was apparent that when he came out to see me, that not everything was OK, and he had the MRI that revealed he had a meningioma about the size of a tennis ball, more or less compressing both of his frontal lobes. The cure for the tumor is surgery. You can’t do surgery when they are on blood thinners. But he has an enormous blood clot in his lungs. You have to wait. I think it was about 5 months. I thought, I don’t know if he’s going to get any better. He was in the operating room in like 3 days.”

The good news is, Stevenson not only recovered from the surgery, he thrived. He is back performing and producing music, and really seems to be at the top of his game. 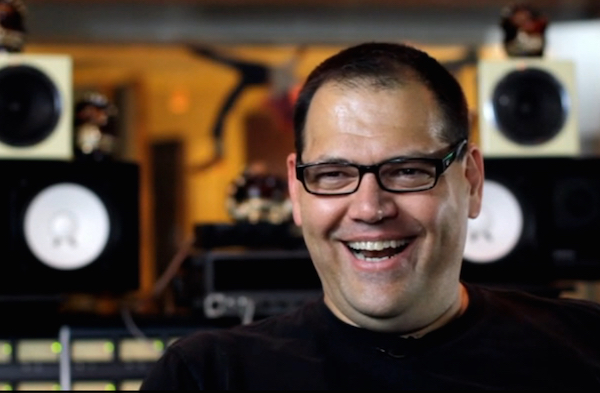 Related: What is C. diff?

Email ThisBlogThis!Share to TwitterShare to FacebookShare to Pinterest
Labels: Music