The Pilgrim's struggle with soil 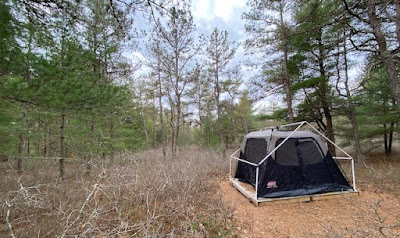 Earlier this year, I took our son on a scout camping trip in Plymouth, Massachusetts. Plymouth was made famous by the Pilgrims, who arrived in 1620 to escape religious persecution and create a new life for themselves and their children.

But if you were to visit Plymouth today, you would be surprised about how empty the area is. Driving through Myles Standish State Forest to the campground, we were struck by the wilderness around us. Miles and miles of scrubby forest and sandy soil, with most of the plant life consisting of short pitch pines and bushes, as shown in the picture above.

Indeed, Plymouth and nearby areas of Southeastern Massachusetts must have been a shock to the Pilgrims. Not only were the winters colder and the summers hotter than in England, the soil was terrible for planting. Quoting the Soil Science Society of America blog post titled "What type of farming challenges did the Pilgrims face?":

In the coastal area of Plymouth Colony, soils are shallow, sandy and stony. This contrasts with the farmlands of southern England, with deep, nutrient-rich loamy soil. In addition, the English soils were more fertile and tillable by hand or with draft animals to a depth of perhaps 6-12 inches. Massachusetts coastal soils were not deep, and sit on top of hard bedrock. The Pilgrims did not bring draft animals (horses or oxen) and although the sandy soils could be tilled or cultivated by hand, they were very stony, making this difficult work.

Sandy soils do not hold the nutrients – or water – that plants need for a bountiful harvest. They are more susceptible to drought, because the water filters through faster. The Pilgrims were lucky that the Wampanoag shared more suitable crops with them, such as corn and squash. These crops are able to grow in less ideal conditions. It’s reported that a late-season rain helped boost the harvest as well.

During that brutal first winter of 1620-1621, nearly half of the 102 Mayflower passengers died, and the colony came close to failing, as described in Nathaniel Philbrick's Mayflower: Voyage, Community, War.

The Pilgrims were determined, but it was not enough, especially as members began to die around them and it became clear that raising crops in the New World required a different approach. If you have Pilgrim ancestors, they survived only because the Wampanoag (specifically, the Pokanoket people) showed them how to farm. One of the many gifts the Native Americans gave to the Pilgrims were crops, such as corn, that were better suited to their new farming location, as well as the "Three Sisters" technique for strengthening soil nutrients and avoiding famine, as described in the SSSA blog.

Walking around the desolate Plymouth backcountry, I spotted two other things the Wampanoag introduced to the English settlers: wild turkeys and cranberries! Cranberries are now one of the few crops to truly thrive in southeastern Massachusetts, and you can see the bogs everywhere. 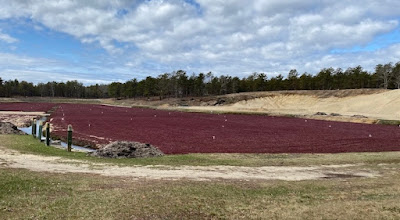